There have been many releases in the past few days/weeks on GOG, but the one I was most excited about was the addition of LucasArts titles (see this article and this one). Now they did it again with some of the most fondly remembered titles ever, no kidding: 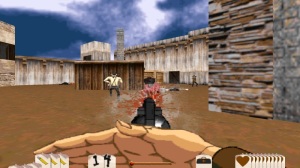 Outlaws was a one-of-a-kind FPS set in the western with some awesome music and cutscenes. The Dig was a game based on an idea by Steven Spielberg which unfortunately hadn’t made it on the big screen. It’s a fantastic story and one of the best sci-fi games out there with some genuinely good puzzles and characterizations plus a superb soundtrack. Loom is another point-and-click adventure that was a departure from the inventory puzzles of its heyday, as it incorporated musical notes in its game design, so another doubtless classic. 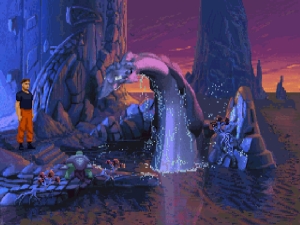 Do I need to say more about Monkey Island 2: LeChuck’s Revenge, one of the greatest comic adventures with also one of the most controversial endings? The puzzles might be a bit out of there, but they’re still genius (like the spitting contest), while the islands one can travel to make for a very enjoyable adventure indeed. Zak McKracken and the Alien Mindbenders is also a very fun game, although it’s more punishing with many dead ends and ways to die, reasons why I never completed it. 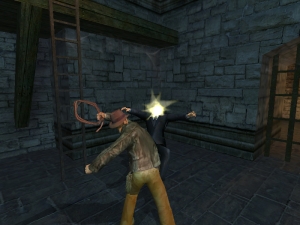 Unfortunately, I haven’t played Indiana Jones and the Emperor’s Tomb yet, but the action-adventure Indiana Jones and the Infernal Machine was quite a good Tomb Raider clone, and with the addition of more brawling elements, this could also be fun. And let’s be honest, Indy is just awesome.

If you liked reading this article, make sure you pay a visit to Future Sack which kindly features it as well, and every LIKE or comment is appreciated on EMR’s Facebook page or FS’s Facebook page :). Or FOLLOW the blog on EMR’s Twitter page.
Using one of the GOG links and buying the products also helps ;).

Being an avid gamer, cinemaniac, and bookworm in addition to other things the internet and new media present, I'm also very much into DIY music, rock and pop in particular. Writing short or longer pieces about anything that interests me has always made me happy. As both an editor for German website "Adventure-Treff" and UK website "Future Sack", I like to write reviews and news about recent developments in the movies, games and book industry.
View all posts by nufafitc →
This entry was posted in Game release news, Gaming and tagged adventure game, classics, comic, Disney, FPS, Games, GOG, Good Old Games, Indiana Jones and the Emperor’s Tomb, Loom, LucasArts, Monkey Island 2: LeChuck’s Revenge, Outlaws + Handful of Missions, point-and-click adventure, puzzles, sci-fi, Steven Spielberg, The Dig, western, Zak McKracken and the Alien Mindbenders. Bookmark the permalink.