In a time when DLCs are already planned before the actual game is released, The Witcher 3: Wild Hunt‘s recently announced DLCs Hearts of Stone and Blood and Wine might still win the price for best value for money.

Hearts of Stone sends Geralt of Rivia into the wilds of No Man’s Land and the city of Oxenfurt, by contract of the mysterious Man of Glass. Blood and Wine presents the new region of Toussaint, a land seemingly without war. But he soon discovers an ancient, bloody secret.
Hearts of Stone is promised to provide 10 hours of gameplay, while Blood and Wine should offer 20. The release dates are October for the former and Q1 2016 for the latter. They will be available for Xbox One, PC, and PlayStation 4. 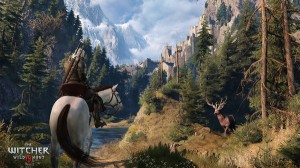 With the main game scheduled for May 19, 2015, there’s a wide gap in between the titles. But of course people are sceptical about CD Project RED’s motivations and already call out foul play, because they were promised 17 free DLCs and some pre-order bonuses. I think that’s the criticism is taken a bit too far (as is so often the case with internet reactions). Sure, I’m not a big fan of today’s DLC practices myself, but thinking back to the days when I bought expansion discs for titles like X-Wing or Command & Conquer, they were much more expensive and didn’t necessarily provide more playtime. 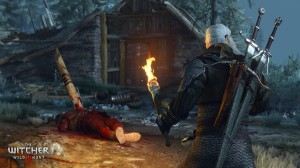 I already thought that the give-away DLCs wouldn’t be the cream of the crop, although it’s hard to predict what they actually give to gamers, considering that they’re more cosmetic changes than true gaming experiences. The same can’t be said about these newly announced ones. I just quote Marcin Iwiński, CD PROJEKT RED co-founder:

“With the development of Wild Hunt coming to an end, the team has embarked upon the creation of two new really big adventures set in The Witcher universe […] We remember the time when add-on disks truly expanded games by delivering meaningful content. As gamers, we’d like to bring that back. We’ve said in the past that if we ever decide to release paid content, it will be vast in size and represent real value for the money. Both our expansions offer more hours of gameplay than quite a few standalone games out there. […] While we’re offering the Expansion Pass now, we want to make one thing clear: don’t buy it if you have any doubts. Wait for reviews or play The Witcher and see if you like it first. As always, it’s your call.”

This reflects my sentiments about expansions of the past and my current concern with DLCs malpractices. Of course CD Project RED don’t want to alienate their customers, although they might already have done that with the announcement). However, with a playtime of 30 hours, one can’t really argue. The standalone product should already be 200+ hours, and that will take a while to complete. Of course if you don’t want to buy the DLCs, no one forces you, and hopefully, it’s not mandatory for the story and its characters with open endings or unsolved problems, something that was a big concern in the Assassin’s Creed series with some sections missing. And the less said about Capcom’s handling of characters missing but being present on the retail disc, the better. 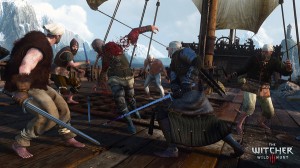 The only thing that could prevent potential buyers to dig in is the price tag with around 25 Euros. With the main game already being quite expensive and other DLCs of games generally being cheaper, this could become a problem. But then again, one usually doesn’t get as much playtime. Of course there’s still the (high) probability that an Extended Edition will be released a year or so later, something that happened with many improvements for the first two games.

If you’re still not sure that the RPG series is to your liking, you can buy The Witcher: Enhanced Edition and The Witcher 2: Assassins of Kings – Enhanced Edition with an 80% discount and the digital board game The Witcher Adventure Game (reviewed here with a 7.5/10 score) 40% off. But be quick, because the offer ends today, Thursday, 4:59 PM GMT.

Being an avid gamer, cinemaniac, and bookworm in addition to other things the internet and new media present, I'm also very much into DIY music, rock and pop in particular. Writing short or longer pieces about anything that interests me has always made me happy. As both an editor for German website "Adventure-Treff" and UK website "Future Sack", I like to write reviews and news about recent developments in the movies, games and book industry.
View all posts by nufafitc →
This entry was posted in Gaming and tagged Assassin's Creed, Blood and Wine, Capcom, CD Project Red, Command & Conquer, DLC, expansion pass, GOG, Good Old Games, Hearts of Stone, RPG, Steam, The Witcher, The Witcher 3, Ubisoft, Wild Hunt, X-Wing. Bookmark the permalink.