If FPS games aren’t your cup of tea or glass of coke and you don’t like anything post-nuclear related, then maybe some even older RPG classics are up your alley or tavern, with courtesy of Hasbro, Wizards of The Coast and of course GOG.

There are three collections, including different series of old-school RPGs/dungeon crawlers: Forgotten Realms: The Archives – Collection One has the Eye of the Beyolder trilogy, mainly Eye of the Beholder, Eye of the Beholder II: The Legend of Darkmoon, and Eye of the Beholder III: Assault on Myth Drannor. These first-person real-time role-playing games were made by the legendary Westwood Associates (later Westwood Studios) who didn’t always do RTS or adventure games. 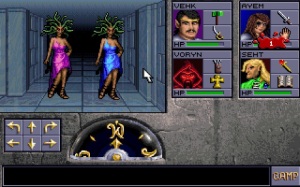 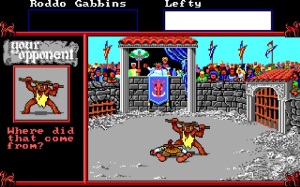 Forgotten Realms: The Archives – Collection Three only has two games from Dreamforge Intertainment (formerly known as SSI): Dungeon Hack and Menzoberranzan. One is a randomly generated dungeon crawler with a rogue-option (permadeath), while the other is a classic first-person RPG, also going the underground way. Compared to the other compilations, these two games don’t seem like much, but as swan songs of the Forgotten Realms franchise they do just fine. 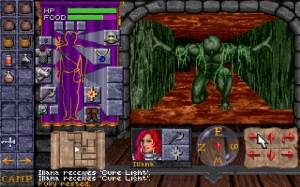 Now I’m not sure if I’ll ever be able to play/review these games, but as nostalgic trips back the RPG road in order to see where it all began, these collections are definitely worth their small asking prices, considering how much content they offer.

If you liked reading this article, make sure you pay a visit to Future Sack which kindly features it as well, and every LIKE or comment is appreciated on EMR’s Facebook page or FS’s Facebook page :). Or FOLLOW the blog on EMR’s Twitter page.
Using one of the GOG links and buying the products also helps ;).

Being an avid gamer, cinemaniac, and bookworm in addition to other things the internet and new media present, I'm also very much into DIY music, rock and pop in particular. Writing short or longer pieces about anything that interests me has always made me happy. As both an editor for German website "Adventure-Treff" and UK website "Future Sack", I like to write reviews and news about recent developments in the movies, games and book industry.
View all posts by nufafitc →
This entry was posted in Game release news, Gaming and tagged adventure game, and Eye of the Beholder III: Assault on Myth Drannor, collection, Curse of the Azure Bonds, Dreamforge Intertainment, DRM-free, dungeon crawler, Dungeon Hack, Eye of the Beholder, Eye of the Beholder II: The Legend of Darkmoon, fantasy, Forgotten Realms, Forgotten Realms Unlimited Adventures, Forgotten Realms: The Archives, Gateway to the Savage Frontier, GOG, Good Old Games, Hasbro, Hillsfar, Menzoberranzan, permadeath, Pool of Radiance, Pools of Darkness, rogue, role-playing, RPG, RTS, Secret of the Silver Blades, SSI, Stormfront Studios, Strategic Simulations Inc., Treasures of the Savage Frontier, Westwood Associates, Westwood Studios, Wizards of The Coast. Bookmark the permalink.

3 Responses to Forgotten Realms on GOG