Did you ever wonder how a shop that outfits adventurers in JRPGs works? Then EasyGameStation‘s Recettear: An Item Shop’s Tale might have the answer. A throwback to the action-RPG template in the vein of Zelda can also be seen in their other release Chantelise: A Tale of Two Sisters. Both games are now available DRM-free on GOG.

It’s ironic that I recently mentioned my general indifference to animes and JRPGs, and that GOG now releases two games I find actually quite appealing to play. One of them is Recettear: An Item Shop’s Tale which is about young girl Recette Lemongrass (quite a stupid name, isn’t it?) who has to make sure all the things adventurers desire are in stock and for competitive prices, in order to pay off the debts of her father. 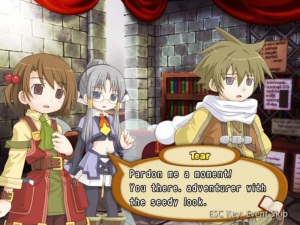 What sounds like a rather cheap rip-off of 3DS title Hometown Story was actually released before this cute sim, in 2010, localized by Carpe Fulgur LLC. Despite not being a fan of the cute anime style, some of the drawings are quite lovely, and it also reminds me a bit of Studio Ghibli movies like Kiki’s Delivery Service, e.g. how the town looks like. The idea of finding items in dungeons and do a bit of fighting oneself, in addition to RPG elements, sounds intriguing enough to give this one a chance, as it already received quite a lot of accolades since its inception. 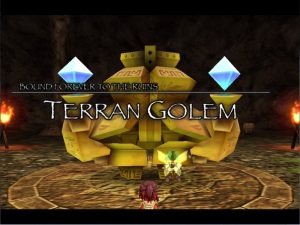 Chantelise: A Tale of Two Sisters is another game from EasyGameStation/Carpe Fulgur LLC, but more akin to classic RPG exploration games like the Zelda series. Apparently, the emphasis is also more on the comedy side, so I’m not sure how well this goes down with the quirky Japanese humor (and its translation). 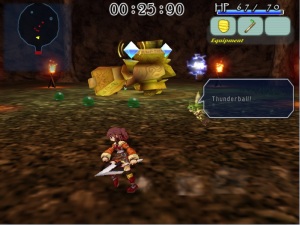 3D graphics also don’t look that great, but that’s to be expected from such a 2011 game. However, the hand-drawn cutscenes look quite excellent, while the slash-and-level-up system seems to be fun as well. So no turn-based random encounter business here, something I got tired of a long time ago, together with the JRPG genre. It remains to be seen how the story about a witch’s curse that turned one sister into a fairy and the journey both have to take in order to reverse it plays out. But if it involves fantastic locations to visit and some memorable characters in addition to great boss fights, then this could be worth revisiting.

If you’re interested in these games, then make sure to check out the Weekend Promo: #StreamTeam Selection which offers them with a discount until Tuesday, October 20, 3:59 AM GMT (in addition to some other amazing games).