Overview of game release articles in 2016

With so many recent game releases, it’s easy to forget that there were some great games back in 2016, and in order to slowly but steadily conclude the overviews, it’s time to have a closer look at them.

As always, it’s best to start with fewer articles, although GOG releases were quite numerous, especially some exclusives like strategy titles Army Men I+II+Toys in Space and Evil Islands. 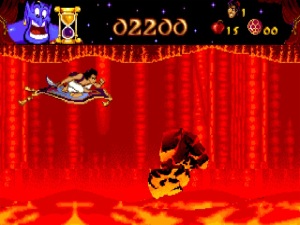 Seeing classic retro releases with Disney’s “Aladdin”, “The Lion King”, “The Jungle Book” or Titus the Fox: To Marrakech and Back also brought back great memories of platforming goodness.

For those who like their action bombastic as in Medal of Honor: Pacific Assault or with stealth segments as in The Saboteur, GOG could provide with its DRM-free service.

Of course there were games that had been available on other digital platforms, but that were still worth writing about, like the emotional puzzle platformers Brothers: A Tale of Two Sons, INSIDE or LIMBO. 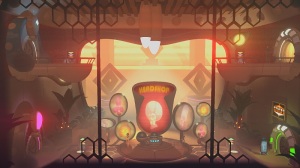 If you wanted more colorful worlds with a lot of humor, then BLACKHOLE, Headlander, and Oddworld: Munch’s Oddysee were perfect platformer material.

The rest of the releases weren’t exclusive on GOG, but being able to own them DRM-free was still a nice option. Of course there was something for everyone, like FPS titles Crysis and Crysis: Warhead, Shadow Warrior Classic Redux or first-person runner Mirror’s Edge, while arcade action aficionados were happy with Raiden IV: Overkill. 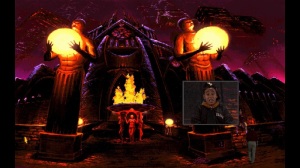 Adventure gamers who weren’t against FMVs and some trash-y horror production values, would have a go at D: The Game or Noctropolis. 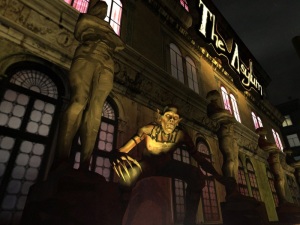 Other indie games with unusual concepts or art styles were 140, Downwell, Skyhill and Turmoil.

Outside of GOG-exclusive releases, there were many other games (also available on GOG of course most of the time). Again discussing every single one of them would take too much time and wouldn’t make any sense in an overview. But maybe trying to categorize them makes it easier to find the ones you’re most interested in. 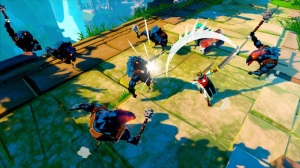 RPGs were the next big thing with a high number of releases like Anima: Gate of Memories, Baldur’s Gate: Siege of Dragonspear, The Dwarves, Kim, Grim Dawn, Jotun, Masquerada: Songs and Shadows, Stories: The Path of Destinies, Tahira: Echoes of the Astral Empire, Titan Quest – Anniversary Edition, Tyranny, The Witcher 3: Wild Hunt – GOTY Edition, and Zenith.

Storytelling was strong, even if puzzles weren’t always at the fore-front of adventure games like Agatha Christie – The ABC Murders, Batman: The Telltale Series – Ep. 1: Realm of Shadows, Downfall: Redux, Dreamfall Chapters – Book 5: REDUX, Great Detective Pikachu: Birth of a New Combination, Heaven’s Hope, Layers of Fear, Layers of Fear: Inheritance, The Little Acre, Maize, Obduction, The Order of the Thorne – The King’s Challenge, Oxenfree, Silence, The Silver Case, Tales, Through the Woods, The Walking Dead: Michonne – A Telltale Miniseries, and The Witness.

If puzzling was your poison, then there were games that gave an overdosis of brainteasers like Pan-Pan or Star Vikings. 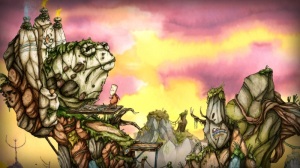 (Puzzle-)Platformers have come a long way and despite not always reaching the same emotional highs as RPGs or point-and-clickers, they still deliver on memorable set-pieces, environments, and characters with often touching or comic results as in A Boy and His Blob, Candle, Fossil Echo, GoNNER, Owlboy, Ori and the Blind Forest: Definitive Edition, Rad Rodgers: World One, and Wuppo. 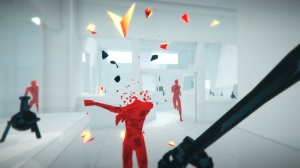 Another beloved genre, the FPS, is still strong and can be old-school violent and fun with Shadow Warrior 2 or original with SUPERHOT, although third-person action-adventures can offer so much more if done with the right balance of shooting, sneaking, or slashing as in Aragami, Darksiders: Warmastered Edition, Quantum Break: Timeless Collector’s Edition, and Shadwen. 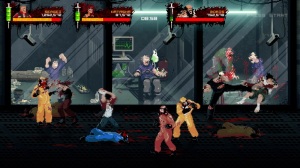 The theme of survival (horror or not) could be found in various forms and genres like Fear Equation, The Final Station, The Flame in the Flood, and Sunless Sea: Zubmariner.

Finally independent developers offered some games that weren’t easy to put into genres and instead played with expectations like Conga Master, Human: Fall Flat, Level 22: Gary’s Misadventures, The Metronomicon, No Man’s Sky, Pony Island, and Undertale.

It’s amazing to think that these releases were mostly just on PC platforms and weren’t all AAA productions. There was obviously no time to play them all or even review them, so like every year, this should serve like a wishlist or short preview version of reviews to come (or not), depending on the time at hand.

Being an avid gamer, cinemaniac, and bookworm in addition to other things the internet and new media present, I'm also very much into DIY music, rock and pop in particular. Writing short or longer pieces about anything that interests me has always made me happy. As both an editor for German website "Adventure-Treff" and UK website "Future Sack", I like to write reviews and news about recent developments in the movies, games and book industry.
View all posts by nufafitc →
This entry was posted in Blogging, Game release news, Gaming. Bookmark the permalink.

1 Response to Overview of game release articles in 2016