Stray Fawn Studio‘s turn-based strategy game Niche – a genetics survival game with simulation and roguelike elements shows that learning about biology can be fun and quite surprising.

Games about genetics are always a bit weird, but unlike Impossible Creatures that was more story-focused with real-time strategy gameplay, Niche is a much more relaxed affair with an actual genetics system on which breeding various species is based. It’s no surprise that the game designer wanted to study biology and was highly interested in evolution and zoology. 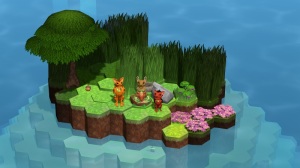 The aim of the game is to create species of cat/fox/bear/dog-like animals and to keep them alive. Predators, climate changes, and illness are only a few of the dangers they might face. If the species goes extinct, one has to restart the game. It might not look exciting (and the silly professor video isn’t as funny as it could be), but the idea of fusing scientific mechanics of genetics with cute graphics and an easy-to-learn gameplay concept should make for some interesting and funny evolution moments. 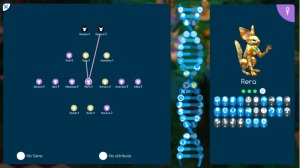 The game is out now on PC with a 10% launch discount that will last until September 28, 5PM UTC. If you you want to, you can also buy the soundtrack separately.

Buy the version for PC on
GOG
Steam

Buy the digital soundtrack for PC on
GOG
Steam