Game release: “A Rite from the Stars” (PC)

Risin’ Goat and Phoenix Online Publishing team up to offer with A Rite from the Stars a 3D point-and-click adventure game influenced by Makoan culture. 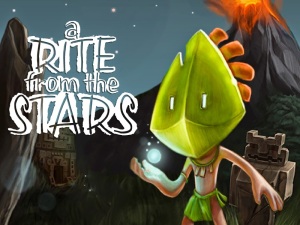 It’s great to see the publisher try out different genres by inviting other indies to add to their portfolio. After the dark The Last Door: Season 1 and The Last Door: Season 2 adventures, A Rite from the Stars is a refreshingly new game that feels a bit similar to Candle, as it’s about exploration and puzzle solving in a tropical-like setting. 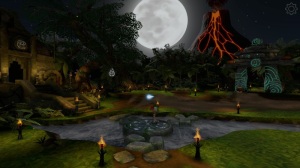 Playing as the mute boy Kirm who has to succeed in a rite of passage, one isn’t alone on the endeavor to master the three paths of Wisdom, Courage, and Spirit. The Power Meerkat, Mirk, and his Guiding Star, Hoku—to help him with his task and one can play them as well in order to overcome obstacles. The three paths are also important, because depending one the player’s choices, one will experience six different endings. Even if the graphics can’t quite compete with the aforementioned Candle, it’s clear that a lot of love has been put into the game to make it stay true to the cultural background of the ethnic group in Madagascar. Voice acting is done in this unique language, and there’s also original Makoan music to be heard throughout. 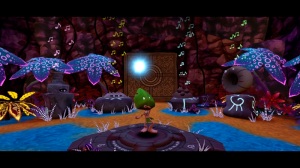 The game is now available on PC with a 10% launch discount during its first release week.

2 Responses to Game release: “A Rite from the Stars” (PC)