Nyamakop and Good Shepherd Entertainment invite the player into a world of play dough with puzzle-platformer Semblance.

Platformers seem to be the bread and butter for indie developers, but there always seems to be something original about the releases. This game about a blob who tries to save his soft world from hardness is one of those games, as it plays with the concept of how platformers are shaped and changed. 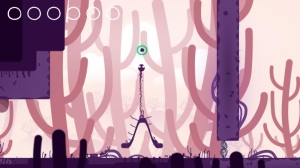 Taking place on a planet one can shift, change, and deform, all the puzzles and jumping mechanics depend on this, because unlike other games, the levels can be altered in unexpected ways. Squishing and bounching around to transform the world can help to overcome obstacles like spiky terrain or difficult-to-reach plateaus. The three worlds that can be explored look colorful and the animations of the protagonist are as smooth as they can be. As the game is from an African company, there is also a different musical score. All in all, this might just be the game that indie game fans have been waiting for and who’ve been fed up with the pixel art and hardcore gameplay mechanics so predominant in the genre lately. 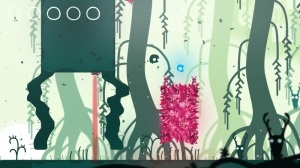 Semblance is out now on both PC and Nintendo Switch with a 10% launch discount that will last until July 31, 5pm UTC.