The classic Disney platformer library just got a little bigger with the digital releases of Maui Mallard in Cold Shadow and Disney’s Hercules.

It’s been a while since I reviewed Disney’s The Lion King, Disney’s The Jungle Book, and Disney’s Aladdin, but despite their high difficulty modes and some technical issues, they were a lot of fun to play. Now two more games have made it to the digital platforms GOG and Steam, and they couldn’t be any different in gameplay. 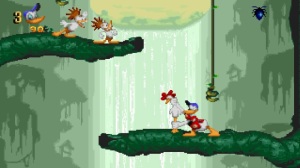 Disney Interactive Studios’ 1996 Maui Mallard in Cold Shadow stars Donald Duck and his alter egos detective Maui Mallard and Cold Shadow, the latter of which is a ninja version of him. By trying to find the missing Shabuhm Shabuhm idol on a tropical island, one has to find all sorts of strange enemies, including Muddrakes, Rotting Pirates, Duck Zombies, and Amazon Warriors. Jumping and using ninja skills across 23 stages add to varied gameplay and scenarios, and it all looks very pretty indeed with the fluid animations one is used to in Disney cartoons. 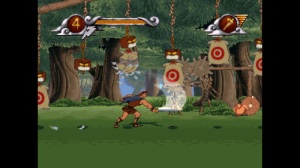 Disney Interactive Studios’ 1997 Disney’s Hercules offers cinematic platforming fun for all fans of the original movie, which means that the dropback is ancient Greece with all sorts of mythological monsters that have to be challenged in 10 stages, like centaurs, harpies, titans, the Hydra, and of course Hades himself to save Hercules’ love Meg. Hidden areas, hero power-ups as well as magical weapons add to replayability, while original character voices, music and sequences from the movie should be exciting enough for fans, too. It goes without saying that everything looks and sounds lovely in motion.

The games are now available on PC with a 15% launch discount that will last until May 24th. GOG also has a Disney publisher sale that has all sorts of classic platformers for bargain prices, but a few other genre greats like the Indiana Jones or Monkey Island series. Be quick, because the sale already ends today, May 20th, 10PM UTC!