Pathologic, originally released in 2005 and later remastered in 2016, was one of the weirdest but also one of the most experimental and interesting games due to its mix of adventure and simulation gameplay in real-time. Its sequel has the same premise of a small town in which the plague spreads and society crumbles. While it’s impossible to save everyone (or oneself), decisions still have to made that change the course of the storyline. 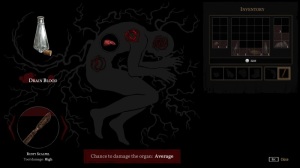 Taking the place of the chief local healer who has already died, the player has to find a cure as well as allies to survive in a world gone mad. But there are only 12 days left to make a difference. Time management is essential, and just as in real life one has to take care of one’s own body, with all the baggage that comes with it, like hunger or thirst. Scavenging resources is important, but so is anticipating the worse, as one’s physical condition deteriorates over time. Depending on one’s choices, the gameplay can be about murdering and stealing or bartering and begging. Fighting is a way, but so is trying to convince others to help out. In a time in which The Walking Dead and other post-apocalyptic movies/TV-shows/games have become almost indistinguishable, it’s nice to have something less sci-fi and horror, and from the first looks of the great graphics and disturbing imagery, this game could be a breath of fresh air in a genre that has become quite stale lately. 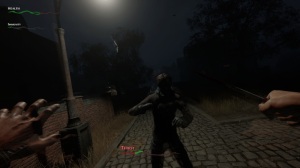 The game is out now on PC. Owners of Pathologic Classic HD on GOG can get it with a 10% launch discount that will last until May 31st, 10pm UTC.