Despite being developed by people who were involved with the seminal FPS/RPG simulation games System Shock 2 (see release news of the original and free game news of its sequel) and Bioshock, Void Bastards isn’t focused on an intriguing storyline with memorable set-pieces or believable characters. It’s about a rag-tag group of prisoners who try to escape through the Sargasso Nebula, and the humor on display, together with the graphic novel presentation, further shows that it sets itself apart from these darker games. The player has to decide what to do and where to go, which means there are different ways to tackle missions that take place in derelict spacecrafts. 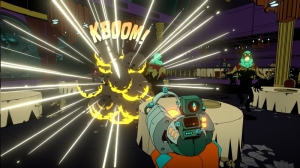 Salvaging ships and looking for supplies obviously doesn’t come without problems, as many enemies and dangers have to be overcome. Shooting and stealth approaches add to a more strategic FPS experience, while finding a generator to bring back the power online or disabling a ship’s defense are all ways to progress. Customization is again key, as one can improvise tools and weapons, some being very outlandish like a robo-kitty or an unstable clusterflak. Despite being a roguelike, dying isn’t the end, as the 12-15 hour campaign has an endless supply of prisoners who don’t only have their unique character traits and skills, but if one dies, another one takes his/her place, with any crafting progress saved. Strange encounters like void whales and pirates or the hungry hermits hint at the absurdity and fun of this great-looking title that might be a departure from the BioShock or System Shock titles, but which proves that being different is much more interesting. 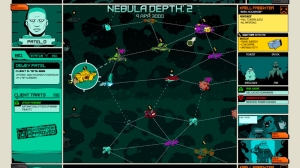 Void Bastards was originally released in May, but it’s now available on GOG with a 15% launch discount that will last until July 9th, 5pm UTC.