Despite obvious graphical and gameplay similarities to Disney’s The Lion King, Leo the Lion doesn’t have much to do with the more well-known platformer I already reviewed. Maybe this has to do with it being more popular in its country of origin, Poland. So it’s great to finally be able to play it on GOG, the release of which might be explained by CD Projekt Sp. z o.o. being the former publisher who is obviously highly regarded today with the The Witcher series.

Leo the Lion tells the story of the titular animal who tries to find a stolen crown. For this he has to travel the islands of the Archipelago Lion. While platformer segments and a bit of fighting are involved, the game also has some puzzles that can be solved by collecting and using objects. It’s a shame that this title hasn’t been on people’s wishlist for some time, as it looks great with hand-painted backgrounds and fun animations, and the gameplay mechanics certainly make it stand out from the rest of 90ies platformers. What is also of particular interest is that Adam Skorupa composed the music, the man behind the The Witcher‘s soundtracks, another reason to give this game a go. 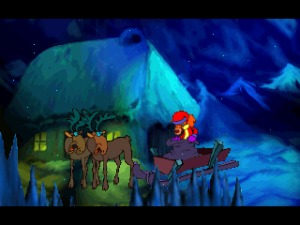 Originally published in November 1996, Leo the Lion is now exclusively available on GOG and despite not having a launch discount, it should still be bought, just to signal the Polish company that bringing back old-school games and lost gems is as important as supporting indie and AAA titles.