Anyone who’s played or at least read about 80 Days (see release news) won’t be surprised to find out that Heaven’s Vault is quite similar in terms of gameplay and subject matter, i.e. teaching people about human history and offering choices to make. This time it’s about archaeologist Aliya Elasra who explores the Nebula, A strange region of space, with her robot sidekick Six in order to reveal the secrets of its past. After a roboticist from the University of Iox has disappeared, Aliya makes discoveries that guide her to the edge of the world.

What makes Heaven’s Vault so interesting, besides the plot and setting, is that one feels like an archaeologist by discovering lost sites, exploring ancient ruins and translating inscriptions. Due to the hieroglyphic nature of these inscriptions, one has to find their literal meaning and their meaning for Aliya’s ideas about her discoveries, made even more intriguing due to translations not always being correct. As the game is non-linear, one can follow the story in any order. Choices have obviously consequences and open different narrative paths, while characters also react accordingly. So one can turn out to be a thief, an explorer, a detective, a seeker, a savior, a rogue, or anything else. With a beautiful mix of 3D environments and hand-drawn 2D art, it’s a unique game that should be on history buffs’ and adventure gamers’ wishlist. 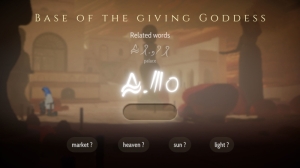 Heaven’s Vault was originally released in April, but is now available DRM-free on GOG with a 20% launch discount that will last until July 23rd, 3pm UTC.