It has been almost a year since I previewed The Bard’s Tale IV: Barrows Deep, but reception has been something of a mixed bag critically (and commercially?). However, despite keeping the tradition RPG gameplay and storytelling, this newest version offers quite a few changes and makes the original obsolete, i.e. it’s not available anymore and customers don’t have a choice but to upgrade or if they’re new to the game receive something quite different. 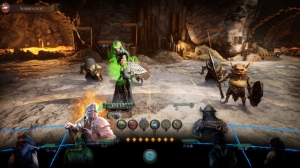 More character customization options, new items, new enemies, revised UI, and a free expansion dungeon are some of the features that have been added. There’s also a new Song of Exploration called “Strugglers’ Lament” that helps players to skip mandatory puzzles. Maybe the biggest and most controversial change is in the graphics. These have received a downgrade in quality due to performance issues the original release had. This is obviously a questionable decision, and even if I wouldn’t go as far as some players to attribute this to the console versions’ release, it’s a shame that one won’t be able to play the original game anymore, as it has been taken from digital stores. 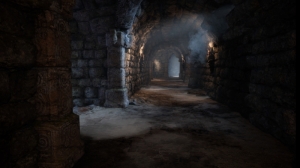 The newest game version is out now on PC as well as on PS4 and Xbox One. If one buys it before September 3rd, 4pm UTC, then one will receive a free copy of The Bard’s Tale Trilogy I also already previewed.

Buy the Standard Edition for PC on
GOG
Steam

Buy the Deluxe Edition for PC on
GOG
Steam