Disney+ in August 2020 (yes, that’s right, there was no streaming in September) had a few weird animated shorts. 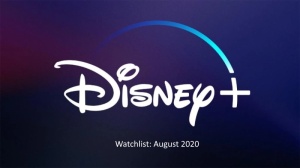 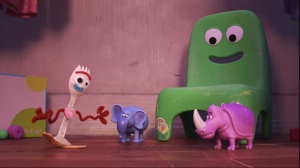 After having watched the first batch of Forky Asks a Question in April 2020, I returned to the often silly explanations of the character from Toy Story 4, and just as before, combining the grand topic of love and the not-so-grand one of cheese, it’s obvious that this wasn’t very memorable. Actually, considering it’s aimed at children, the awkwardness of relationships shown as betrayals is more than a little bit strange. It comes as something of a surprise that the cheese episode only presents all sorts of explanations about anything BUT cheese, which makes it all the weirder.

Selling bonus material that could be on a BD/DVD as exclusives is probably not the best idea Disney+ had, although considering how long some TV shows on streaming services are, it’s a nice change of pace.

Being an avid gamer, cinemaniac, and bookworm in addition to other things the internet and new media present, I'm also very much into DIY music, rock and pop in particular. Writing short or longer pieces about anything that interests me has always made me happy. As both an editor for German website "Adventure-Treff" and UK website "Future Sack", I like to write reviews and news about recent developments in the movies, games and book industry.
View all posts by nufafitc →
This entry was posted in TV. Bookmark the permalink.