Overview of game review articles in 2016

2016 seemed to be the year of classic gaming, but a few indie titles were reviewed as well, resulting in 49 articles in total, which is a big improvement over the 27 from 2015.

I don’t know what it is with adventure titles and me, but I don’t seem to sever the ties to that genre. Playing through a series of games can often show their rise to prominence and fall from grace, as in the case of Black Mirror being an excellent gothic horror story followed up by a quite different but suspenseful Black Mirror II. Unfortunately the same can’t be said about Black Mirror III which felt too long and tedious. 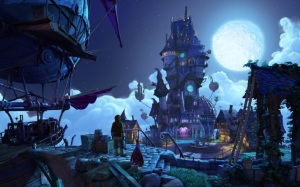 Speaking of imitators, Nelly Cootalot: The Fowl Fleet looked, sounded and even played like a Guybrush Threepwood adventure, but it wasn’t laugh-out funny and witty like any of the Monkey Island games, which is a shame, because it came pretty close. Kathy Rain was quite different, as it was a great mix of Gabriel Knight and Twin Peaks mystery with some well-written dialogues that had all the trademarks for becoming a classic if it weren’t for some puzzle problems. In general, it seems to be a burden of modern adventure game developers that 90ies pixel art isn’t enough to make their outputs instant classics, like Shardlight which excels in world-building, but suffers from antiquated puzzle design.

Puzzles are a keyword in adventure games, and some even make it their sole goal of presenting as many to the player as possible. It doesn’t have to be a Professor Layton, as Puzzle Agent and Puzzle Agent 2 delivered nice brain-teasers with an actually scary Twin Peaks-like story. 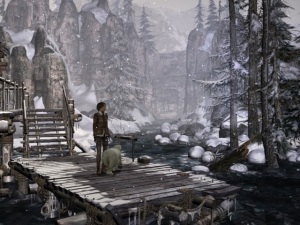 Adventure games don’t always have to offer a creepy setting or disturbing imagery. They can also be quite beautiful and relaxing as in Syberia and Syberia II, two games that played like one story and looked like a wonderful painting, even if one had to wait before arriving in the snowy regions. This wasn’t a problem in Kholat which featured many of walking around in snow and losing one’s orientation moments, which was also true for the obscure storytelling and unfair stealth segments.

If you’re more up for serious crime investigations with a supernatural or psycho killer twist, then the series of scary horror/thriller adventure games Post Mortem, Still Life, and
Still Life 2 were a perfect fit, even if the results of slow character and plot development with time-sensitive puzzle segments were something of a mixed bag. 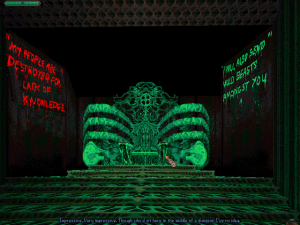 Mixing genres together isn’t always the best idea, so while In Cold Blood was too ambitious in its lofty goal to combine adventure, stealth, and action elements, Realms of the Haunting is still one of the most memorable FPS/FMV adventure games due to its imaginative story and memorable worlds, even if it looks extremely dated today.

Going far back to the days of the FMV adventure with Tex Murphy: Under a Killing Moon, Tex Murphy: The Pandora Directive, and Tex Murphy: Overseer showed that some bad acting and convoluted storytelling doesn’t don’t have to stand in the way of a great adventure. Sure, the games have annoying parts and their graphics look outdated, but the characters remain memorable in so far that the Kickstarter-funded Tesla Effect: A Tex Murphy Adventure offers a nice nostalgic trip back to the forgotten FMV era with all its ups and downs.

One shouldn’t forget that the FPS can be just as clever (if not more so) as the point-and-click adventure game genre. Deus Ex is a great example of sophisticated sci-fi cyber fiction storytelling, a deep RPG system, and decisions that actually matter, in addition to good shooting and sneaking parts. Deus Ex: Invisible War was more accessible, retaining some of the gameplay and story elements, making it a title that looked much better than, but didn’t play as great as the original.

Games don’t always have to be original in gameplay and storytelling to be captivating, with Alone in the Dark: The New Nightmare offering scares and action not unlike the former games, but from two narrative perspectives. Clive Barker’s Undying was a much better effort to combine bloody FPS action against memorable antagonists with an engaging horror tale.

If one wanted to experience real body horror, then contemporary Outlast: Whistleblower made it perfectly clear that survival horror isn’t quite dead yet.

Walking simulators without any real puzzles have become more and more common these days, and even if Oxenfree wasn’t perfect, it was one of the few games that actually left room for people’s different interpretations of a story about alternative timelines and characters that jumped right out of 80ies teenie flicks, but in a good way.

Classic action-adventures are always a nice diversion from all the heavy puzzle solving or headache-inducing or stomach-turning FPS titles, and while Rune outstayed its hack-and-slash welcome and Shadow Man wasn’t without its pacing problems, they’re still games worth remembering and playing. 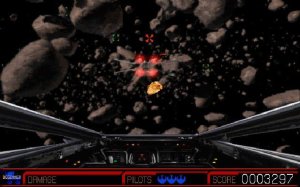 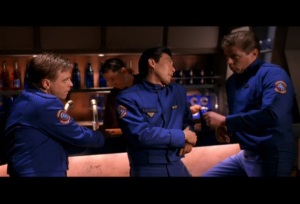 Finally, telling a space opera with difficult fights was a trademark of one particular series of games that were as cinematic and groundbreaking in their presentation as possible in their times. Wing Commander and Wing Commander II: Vengeance of the Kilrathi might look antiquated, and the FMV sequences in Wing Commander III: Heart of the Tiger could be seen as camouflage of a rather repetitive mission design, but Wing Commander IV: The Price of Freedom proved that smooth transitions between in-game fights and cinematics, together with important decisions during dialogues was the future of space sims. It’s only too bad that Wing Commander: Prophecy – Gold Edition was the beginning of the end with a new and unfortunately not so likeable cast.

So that’s it for game reviews I wrote in 2015. Of course I played more titles, but it’s impossible to cover everything. I know that this year hasn’t brought any reviews with it so far, but this will hopefully be rectified in the coming weeks. Coming up next in the overview feature: game releases…

Being an avid gamer, cinemaniac, and bookworm in addition to other things the internet and new media present, I'm also very much into DIY music, rock and pop in particular. Writing short or longer pieces about anything that interests me has always made me happy. As both an editor for German website "Adventure-Treff" and UK website "Future Sack", I like to write reviews and news about recent developments in the movies, games and book industry.
View all posts by nufafitc →
This entry was posted in Blogging, Game reviews, Gaming. Bookmark the permalink.

5 Responses to Overview of game review articles in 2016